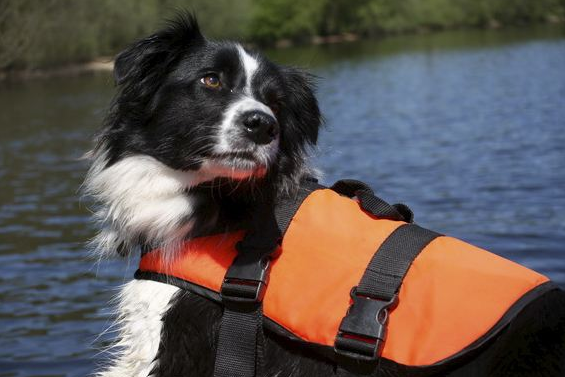 Dave Marsh (secretary of NSARDA) travelling across to The Mournes, in Northern Ireland in late August 2013.

The purpose of the visit was to attend the second Drowned Victims Search Dog training forum, which was based at the Tollymore Outdoor Centre, near Newcastle. This was conducted under the auspices of Neil Powell and John Sojberg [more of both later].

Dave journeyed across via the ferry from Holyhead,

Rodger Towers, who is a member of Watersafe UK [Nottinghamshire based], with his trainee DVSD dog.

They met up with…

Mick Grant, Training Officer for SARDA Ireland, who was observing.

Margaret Smyth, a member of SARDA Ireland who was observing.

Peter Cross  [Prof in Forensic Anthropology] and Irene van Zweiten [studying for her MSc]  from the University of Central Lancashire who were observing.

Of the course tutors, it can be noted that John Sjoberg  first met Neil some 30 years ago. John was part of a Swedish special forces dog training unit which developed a group of dogs used to detect underwater swimmers on spying missions to Sweden.

Neil embraced the moment, developing his theories with John and over the ensuing years was successful in training 5 dogs for this type of search work. Fern is his current working DVSD dog. He has had numerous successes with all of his dogs and has located  16 drowned casualties over the time frame. He is available for any incident and travels extensively both within Ireland as a whole and occasionally over to Scotland, where he had great success in locating two of the four fishermen who had unfortunately drowned in Loch Awe.

Between them, John and Neil compiled the original set of standards which all DVSD handlers aspire to. As an aside, the standards have been agreed with the Association of Police Officers [ACPO] some 6 years ago – well in advance of the Police Forces of the UK who are only now sitting down and compiling their own Drowned Victims Search Dog standards.

Saturday commenced with a classroom based theory lecture encompassing the whys and wherefores in training a dog in such a specialism.

Sat pm saw the group travel across to the nearby Castlewellan Lake for a practical session using land and water for the purpose of what is expected. Closely working with the group were members of the Mourne Diving Team, who greatly assisted the novice handlers with boat work and water safety.

Sunday am saw the group back at the lake.  Neil Powell and Fern showed what was expected in a real life scenario, passing the information gained by Fern’s indication, back to the dive team.

The intensity of the exercise was ratcheted somewhat further, when John  indicated it would be an appropriate time for Neil to be re-assessed due to the scenario being more ‘true to life’ than normal.

Expectations were high, with a large gathering of SARDA  Ireland North members, course participants, dive team and members of the public watching the unfolding drama. True to form, Fern and Neil passed with flying colours, thereby maintaining his operational capability ticket for another three years.

The dive team sectioned off areas of high probability [as indicated by Fern] and explained how a prolonged search would be undertaken over a possible three day period.

All too soon, the time on site expired, and following a debrief session, goodbyes were said and all departed.

The England based group travelled back to Dublin and onwards to their destinations getting back as late as 1-00am Monday morning.

I would like to express my sincere thanks to :-

The staff at the Tollymore Outdoor Centre, who, as always, looked after us superbly.

The Mourne Dive Team and in particular John who was a source of information and made time to attend for our benefit the full week-end.

John Sjoberg, who travelled from Sweden via Heathrow and Belfast airports, just to attend for the week-end.

My fellow attendees whose company I enjoyed over the entire two days. Questions were posed [and answered] with support coming from all quarters.

Oh! There is one other person who goes by the name of Neil Powell.

As previously indicated,  Neil has spent well over 30 years perfecting this ‘black art’ and has shaped it into the quality product of what it is today by way of agreed standards and pro-forma assessments. He takes time out on a very regular basis, to pass on his knowledge to anybody who wants to learn. Many thanks to the man, all your endeavors are very much appreciated.