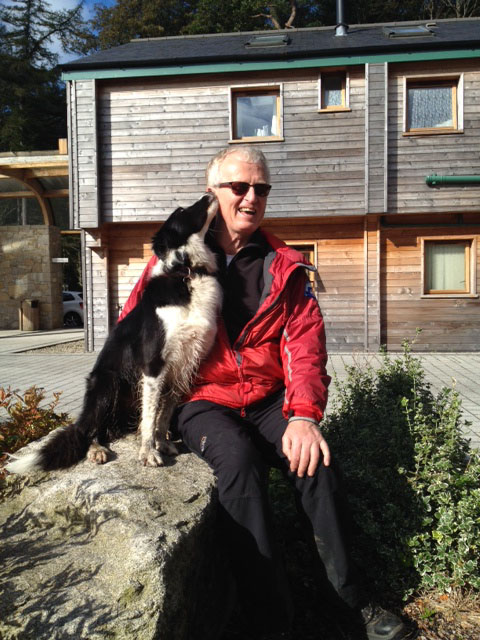 The reply would be the culmination of two long years of search dog training plus eighteen months of time spent with a puppy to a fully grown mature dog.

It started way back in Jan 2012. Neil phoned me asking if I would like to take on a lovely wee dog that the then current owners wanted to rehome.

‘Whats the reason behind the rehoming?’ I enquired. It transpired that Sasha’s owners had small children, one of which had jumped on the dog when she was asleep. The dog, being startled, snapped at the child after being woken suddenly from her slumber.

After that episode, Sasha was on her way out of their family. Neil, being well known to the populous of Newcastle as a dog trainer, was asked if he knew of anybody who could take on the dog. He duly contacted me with one question being asked by yours truly ‘Is she suitable for Drowned Victim search work?’

Emails were exchanged and in due course, Sasha was put on the greyhound waggon from Northern Ireland and transported across. The collection point was set for what turned out to be a wet miserable Saturday morning at Birch services on the M62 at the given time. First impressions of Sasha once the doors opened were – a typical small, smooth coated 7 month old collie bitch with a tail that never stopped wagging. Ideal thought I.

And so the process of bonding with the dog commenced. I decided not to push things along with any formal training other than the heel and obedience work where handler and dog must work in tandem.

However, once that little problem had been resolved, the larger ones loomed.

If one is training a dog to search for people who have drowned, who does one turn to? Well, in this instance – Neil Powell would be the correct choice. Many words were exchanged via numerous telephone conversations.

What to do; how to do it etc. The list was endless and also daunting in that I was training on my own.

What could be seen as minor hiccups could turn out to be major disasters if the training regime was applied incorrectly. Fortunately, there were a series of pointers that I could refer to for guidance ….the guidelines compiled by Neil and John Sjoberg. Neil had met John many years ago at a conference. John had a vast pool of knowledge gained from him having trained dogs for the Swedish armed forces to detect unsolicited frogmen entering Swedish territorial waters. With Neil’s experience of training similar dogs over 30 years [the first one being many years in advance of anybody else in the UK], they decided to compile a set of training stages and working standards. These same standards were accepted by NSARDA in 2007 and have been copied and plagiarised by many others since then.

The next very important step was to apply and be accepted for membership of SARDA Ireland North. Why this route you may well ask? Well, the simple answer is that no other NSARDA association believed in, never mind undertook training in this specialism. So, like people who have an interest in trailing, one has to look outside one’s own current association for training and support.

And that’s what I got by the bucketful with Ireland North. Alongside Neil, there is also John Lowery – a member of the Mourne Underwater Search Team and his right arm man Rodney. More of both later.

The guidelines are exactly that. Guidelines. If a problem arose, it warranted a quick call to Neil to sort things out. However, another helping hand appeared on the horizon in the shape of Mike Dermody. 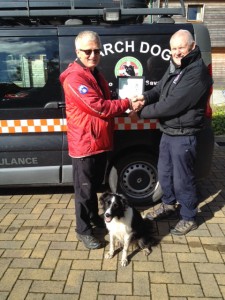