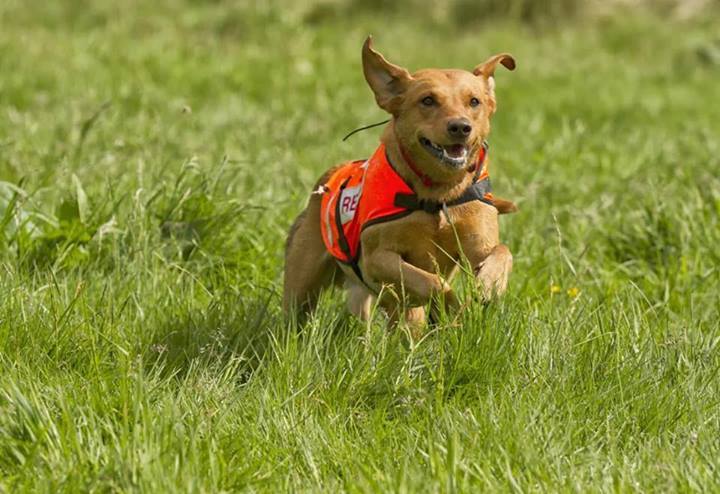 We would like to say a big well done to Search and Rescue handler John Romanes and his search dog Rauour, after they found a missing lady on Wednesday evening.

Here is Johns report on the hard work of the Tweed Valley Mountain Rescue Team and Rauour….

Police called out Tweed Valley Mountain Rescue Team 17.00 on 28/1/15 for a search for a missing 30 year female. The female was reported missing by her husband as her absence was uncharacteristic at about 15.00-16.00. The Police called the team quickly as daylight was disappearing and there was a Met. Office amber warning for severe weather. The immediate area team members were deployed to do hasty searches in woodland to which she was seen heading.

Rauour and I with a navigator were deployed to do a path known as upper, starting at the golf club and work back to the town this path was in the same woods mentioned earlier. During this time it started to snow with a strong wind behind it.

We completed this task and reported in to be re-tasked to do lower path and area of wood to our right back to the golf club meanwhile Rescue 177 Royal Navy helicopter had arrived and had reported a possible sighting with its infrared system, 2 minutes after this Rauour rushed up to me and indicated. I commanded show me and he pulled me back to beyond our start point and downhill to the top of an embankment about 10 meters from the path. He was shuttling me to a tree stump with a hole underneath and the casualty was here. Team members had passed this spot and I was virtually standing on top of her before I saw her.

The casualty was hypothermic and losing consciousness Roddy Gladstone the navigator got her into a bivvy shelter and some extra layers on to her while I played with Rauour (play is Rauour’s reward for finding the missing lady) and got the details of location passed back.

Due to her condition and worsening weather and R177 being overhead she was evacuated to Borders General Hospital by helicopter.