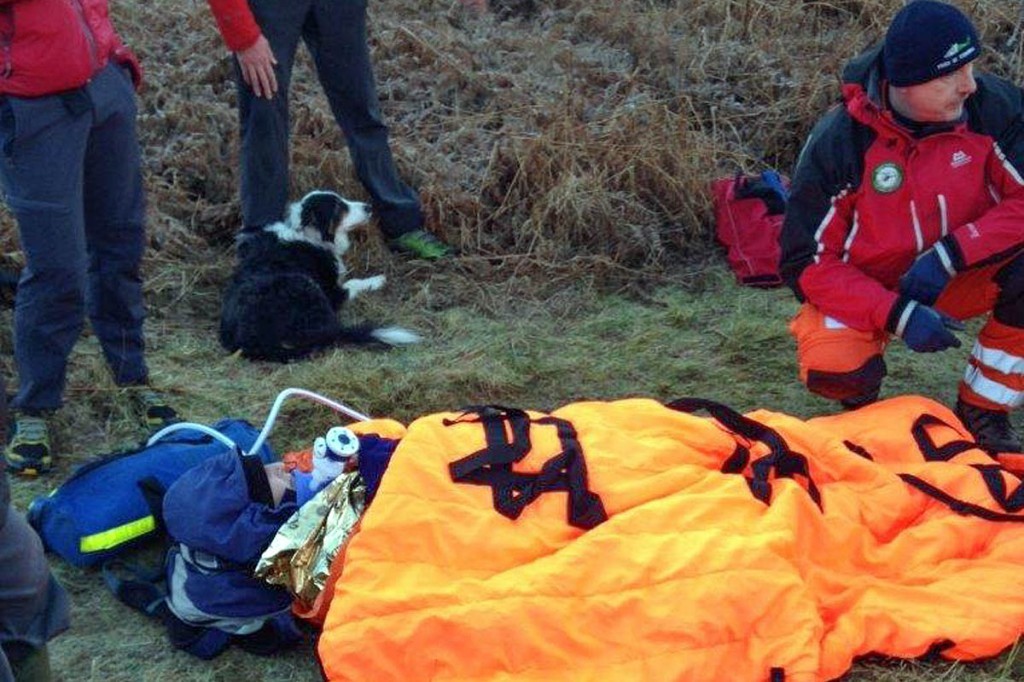 A walker who was airlifted to hospital after badly breaking her ankle on a Lake District fell has thanked her rescuers.

Lynda Teall, 63, of Bromsgrove, Worcestershire, has also made a donation to both Keswick Mountain Rescue Team and the Great North Air Ambulance who came to her aid after she slipped while walking near High Rigg above St John’s in the Vale.

Mrs Teall and her family had been staying at a cottage in Borrowdale, a place where they have holidayed for the last 22 years. They had been due to leave that day and decided to take one last walk on 28 December before their journey home when Mrs Teall fell and broke her ankle in three places.

Mrs Teall said: “I’ve been walking on the Cumbrian fells and climbing mountains for more than 30 years with the odd tumble here and there but I knew this was more serious. From the moment both teams arrived, almost simultaneously, I knew I was in the safest and most competent of hands.

“It wasn’t long before I was in hospital at Carlisle where I received the best medical attention anyone could wish for. I had an operation to straighten and pin the breaks in my ankle and soon after I was on my way home. I’m making really good progress.

“Over the years, I have seen these wonderful people do their stuff on the fells and now I truly appreciate their selfless efforts. A great big thank you to them all.”

Mandy Drake, head of fundraising at GNAAS said: “We want to thank Lynda for her donation and kind words about our team. We rely on public support to keep our service flying.”